How to Rip Blu-ray Movie Collection to Digital Video File? 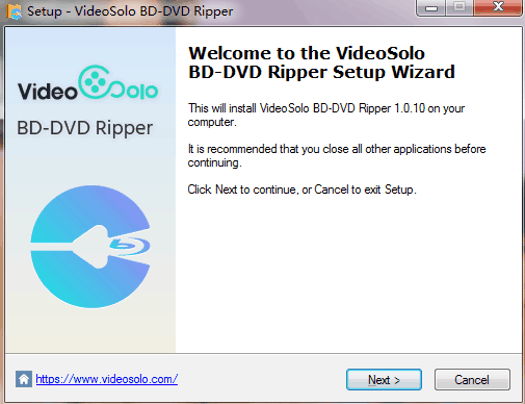 Your Blu-ray movie can’t be played due to the scratches and some other forms of physical damages. Playback error may happen when you’re trying to play a Blu-ray disc with region code restriction in an unsupported region. Have you ever met these problems?

Things You Should Prepare

Usually, the build-in drive on computer can only support DVD disc. So, you should prepare an external Blu-ray drive.

Using a remarkable DVD ripper can give a helping hand to perfect your conversion. VideoSolo Blu-ray Ripper is a strong performer among its competitors. It can convert Blu-ray into any popular digital video or audio format. Not only that, but it can also keep the quality of videos. We would like to show you more detail about this program and you will know why we recommend it to convert your Blu-ray movie disc.

Tips: This Blu-ray ripper has a free trial version, which means you can download to evaluate it before you get the full version. However, the trial version has the following limitations:

How to Rip the Blu-ray Movie to MP4, MKV? 5 Steps to Follow

Download this program on your computer. You must select the right version as per your computer system. Next, open the installation package and install the program by following the operation step by step.

Now we should set an output format. Move the bottom of the main interface and click the drop-down icon of the “Profile” button. Here, all the formats provided by VideoSolo Blu-ray Ripper are well listed according to different category.

Usually, I recommend MP4 and MKV.

Hit the “Convert” button and the conversion will start automatically. And a window will pop up which shows the progress of the conversion.

Whatever you are Blu-ray collectors or just need to rip Blu-ray to digital format, VideoSolo Blu-ray Ripper is an appropriate and good-value choice with the amazing features. You can do it easily, and obtain the superior quality video or audio due to the preeminent conversion technology. Although the program is not definitely consummate, all the base functions can enough to meet most of the conversion requirements.